Mogotel Hotel Group is the largest hotel operator in Baltics in a number of rooms and hotels. We also expand our hotel portfolio outside the Baltics and operate hotels in Europe. Mogotel provides not only basic hotel services – accommodation but also is a major figure in SPA, conference and catering industry.
Mogotel is a strong player in the hotel business industry – stable growth since 2002 and the development speed, measured in seconds. It doesn’t matter, if you are a hotel owner, investor, guest or potential new employee, we are always open to cooperation with you.

With best regards, Vadim Muhin
Chairman of the Board, Mogotel Ltd.

To become one of the leading hotel operators in Central and Eastern Europe with a wide range of basic and additional services and a friendly approach to every customer.

Our vision is to develop and constantly improve all directions of our hotel operator company towards excellence.

The future development vision of our company is to become one of the leading hotel operators elsewhere in the world.

To create a strong and recognizable brand on the labour market, provide more and more stable workplaces for inhabitants of Latvia, other Baltic and European countries. To become the leading and stable employer in the hotel industry.

The company was founded in 2002 when the Hotel Forum – a small hotel in Riga (Latvia) became the company’s property and then was subsequently sold. Then came 6 more hotels in Riga, which were developed and profitably sold.

But the company’s debut as an operator was in 2009 when the management of Old Riga Palace Hotel – a hotel in Old Riga with 100 rooms and a small restaurant was taken over. Within many productive years the company expanded it's business and today we run  hotels in Latvia, Estonia, Ukraine and Bulgaria

Stable growth of the hotels operated by Mogotel. For 15 years we have gathered intelligence and know-how to power-up hotel performance and guaranteed return of investment.

As a leading hotel operator in Baltic countries we provide a full range of services for hotel management - from the project ideas to the organization of successful and profitable business.

Best standards and unique flavor for each hotel give us a favorable advantage to serve our clients best way possible and therefore receive hundreds of thousands of positive feedbacks from our satisfied customers.

As a leading hotel operator in Baltic countries we provide a full range of services for hotel management - from the project ideas to the organization of successful and profitable business.

Best standards and unique flavor for each hotel give us a favorable advantage to serve our clients best way possible and therefore receive hundreds of thousands of positive feedbacks from our satisfied customers.

Stable growth of the hotels operated by Mogotel. For 15 years we have gathered intelligence and know-how to power-up hotel performance and guaranteed return of investment.

We are working hard to create strong hotel brands and new jobs in a labour market of Latvia and Baltics.

We are developing fast and always looking for new professionals to join our team. 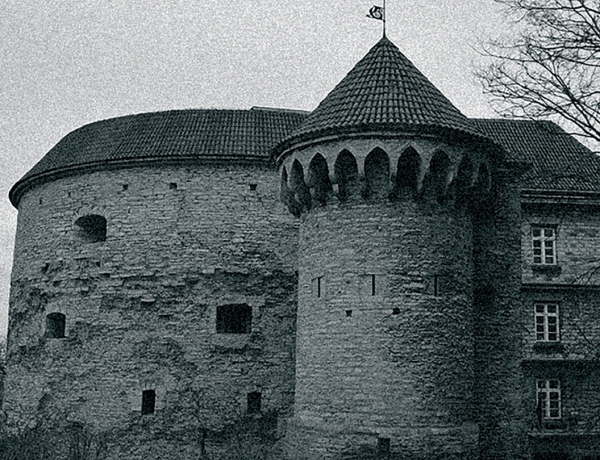 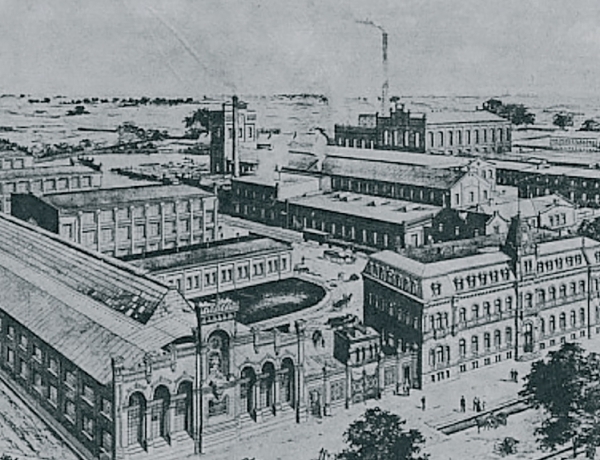 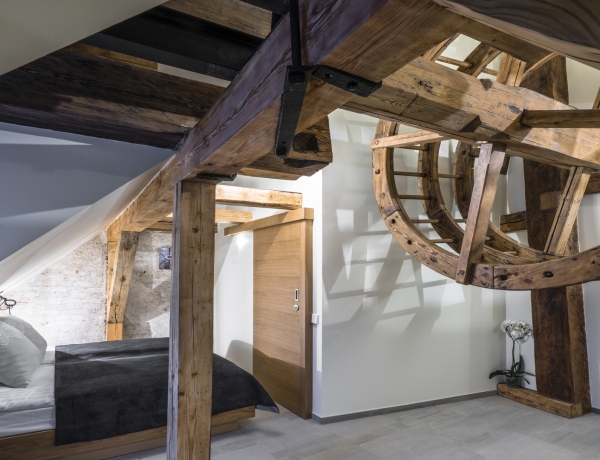 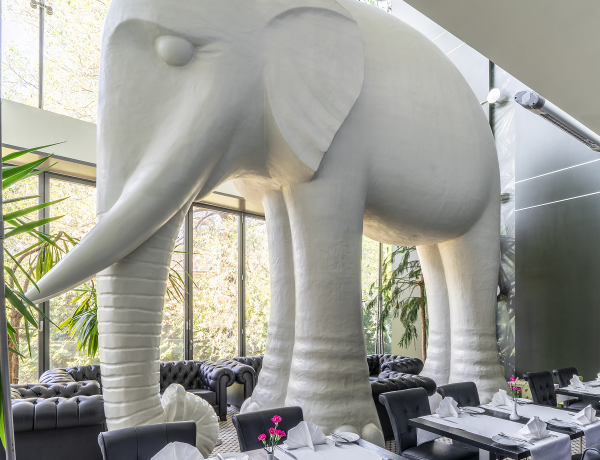 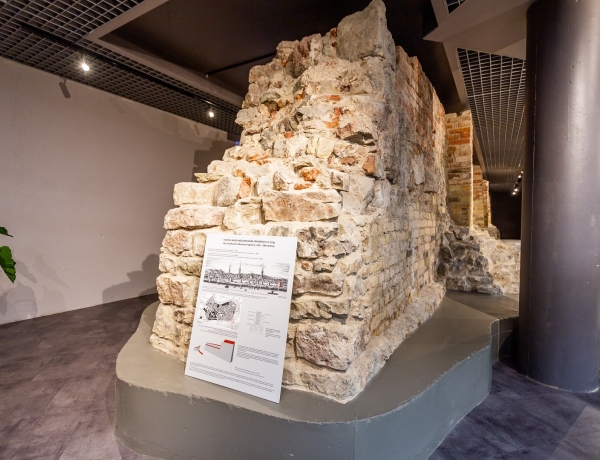 In the time period from 1340 to 1355 the location of RIJA Old Town Hotel was occupied by the Rentena tower with a historical city wall. In 1880 the tower was destroyed and the present building was built using the tower’s base walls. The building housed the well-known Tallinn Reaalkool (Tallinn Secondary Science School), which was the location of the school from 1881 to 1883. The hotel building is located next to the Tallinn horse mill, which was built in the first half of the 14th century and is one of the most exciting places in the Old Town of Tallinn. Nowadays, it is used for occasional exhibitions, concerts and theatrical performances. The hotel is a few metres from the remarkable Fat Margaret Tower and the historic walls of the hotel are part of the large wall leading to the tower and gates that once served as the entrance and exit to the city.

VEF was one of the largest factories in Latvia. After the Second World War it was the leading switching equipment producer in the former Soviet Union. VEF produced telephone exchanges, telephone apparatus, radio sets and other goods. In 1939 the emblematic heritage of Latvian culture design, Minox sub-miniature camera, was made there, invented by Valters Caps, a photo-technical constructor of Baltic German descent. After the 2nd World War, its production was resumed in Germany, in 1948. The design of the “Minox” camera is included in the architecture and design section of the Latvian Culture Canon as a Latvian culture value.

In 2016, after extensive renovation work of an ancient medieval warehouse building, the annex of the Rixwell Old Riga Palace Hotel with 17 design rooms has been opened. The rooms in the new building have been restored while preserving the building’s historical details as much as possible, which makes the interior of these rooms unique and remarkable. Minsterejas Street guards a secret: the ancient and historical river named Rīdzene, which has been covered over the course of centuries, continues to flow under the city’s cobblestones and flows into the Daugava. Thanks to Rīdzene, the city of Riga received its name.

The symbol of Rixwell Elefant Hotel

The symbol of Rixwell Elefant Hotel is a 6m tall, big, white elephant – the symbol of hospitality, wisdom and happiness. The work of sculptor Kārlis Alainis has high quality traits of plastic arts, especially in details such as the rhythm of ear creasing and the weary look in the eyes. There is a floor lamp corresponding to the size of the elephant. The dark genuine leather armchairs and pillows in them are in contrast with the ivory coloured sculpture; conversely, the almost megalithic chairs are harmonised with the size of the reproduction of the animal.

A fragment of the old fortifications. According to the Indriķis Chronicle, this part of the city was enclosed in a wall in 1209. This area probably accommodated the so-called Saint Mary Stalls (‘‘Mahrstall’ in German), which gave Marstalu Street its name.

During Swedish rule at the end of the 17th century, bastions were built along the banks of the Daugava, and Marstalu Tower was demolished. Some of the city wall was preserved, because it was built over on both sides by houses of the city’s poor. A part of its remains can be found in the hotel’s courtyard. Today, only a fragment of the older tower’s rear wall and some of the brick flooring have survived.

We use cookies to personalise content and ads, to provide social media features and to analyse our traffic. We also share information about your use of our site with our social media, advertising and analytics partners who may combine it with other information that you’ve provided to them or that they’ve collected from your use of their services. You consent to our cookies if you continue to use our website. Control cookies